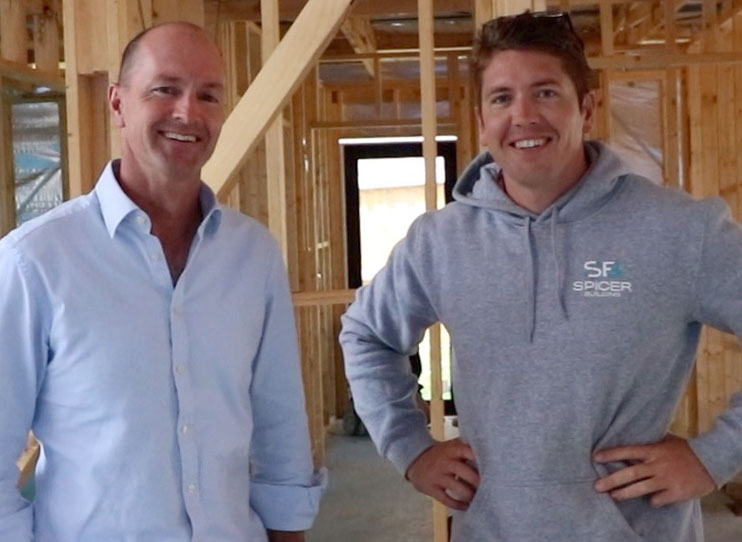 I thought it would be a great idea to go and look for a business coach. I did a bit of exploring. I met with a few other people, and he was probably the best. Definitely the best. That was why I went with him. He’s local, understands Geelong and the other areas, Surf Coast and Bellarine, how businesses operate within the region. He gave me great guidance in getting everything set up correctly.

The coaching is awesome. Hugh answers the phone when I ring him, and I’ll be in a tricky situation sometimes. He’s always there to guide me through it. Any advice, always very helpful, great ideas.

We catch up every four weeks. We sit down for about two or three hours sometimes and going through how the business is operating, if it’s profitable, and he makes sure that we’re achieving the right profit and goes through all my pricing and makes sure the business is doing well and lets me know if it’s not and what I need to do to change things. Everything’s been going really great so far.

When I started first, I was a bit unsure what direction I wanted to go in and what jobs I should take on. We looked at a few different jobs, and I told Hugh what I wanted to do. I eventually do more new custom homes, and Hugh helped me set up in that direction. Now, I’ve got probably four custom homes currently on the go, including other renovations and extensions, all lined up for next year. Next year is pretty much booked out. I did not think that would happen, but with the right marketing and guidance, it’s actually been quite easy.

How Coaching Help Me

It doesn’t hurt to speak to someone. A lot of people think they know everything. You don’t. When you’re starting a business, there’s a lot to learn, especially involved in building or a trade, as well to owning a business. Then just the trade side of things, the building side of things, it’s almost not where you make the money. The business side of things is where you make the money and you definitely need… If you haven’t done it before, definitely getting some help in those areas, it doesn’t hurt.

There’s been situations where I feel I’ll make the call on this, and I’m like, “No, actually I might ring Hugh first.” Probably saved me thousands of dollars, just that phone call. That covers Hugh for a fair while just there. I think every bit is worth it. I hope to have Hugh there for the whole time, for the rest of the journey, because I hope to expand the business, and I want him to help me in those areas, in employing the right people and having the right structure for what I want to do. He’s done it so many times. He’s done it with a lot of other businesses. I just want to make sure I set up right with everything I do, and I think he’s the man for the job.