So the first one here, I’ve put it down as, do enough quotes. What I find is some business owners, they get too busy and they stop quoting, and then they sort of start to run out of work and find themselves in a position where they have to win the jobs that they’ve already quoted. They find themselves in this game of, “Well, I’ll take some price off to close it.” So all of a sudden their margin starts dropping.

Having enough quotes in the pipeline and having them done consistently means that you can pick and choose jobs, and you don’t find yourself having to slash prices and adding extra scope and things like that, just to keep enough work in the workshop. So very important one, I would say one of the most important ones, because I haven’t met a business owner yet who doesn’t struggle to get enough quotes done.

Next one thing, leads onto it is, are they timely? Because for example, if you’re asked to do a quote, the prospect is going to have some expectation about when to receive that quote back. Especially if it’s, the larger the job, you can, I don’t mind if it’s a bit longer, but basically you need to get back in a timeframe which they expect. And if you take too long, they’ve already gone elsewhere or someone else has quoted and gone and closed the quote and you’ve lost the job.

And so timely is really important, and one small way to overcome that is by, the business I work with is, we send a little email to say:

“Yes, we’ve received your quote, we’re working on it, and we’re going to get it back to you in about four days time.”

And so the prospect knows exactly when to expect the quote, so they’re not actually out there still looking. The worst thing is to actually go and spend four days working on the quote, and the prospect still doesn’t know that they’re going to receive it or not because they start to get a bit surly and look elsewhere. So timely is really important.

Did They Receive Your Quote?

And the next one is, check if the quote’s been received. Sounds obvious, but there’s a lot of quotes that end up in spam folders. And if they don’t actually receive the quote, they don’t look at it, again, they’re up here in the grumpy zone, looking elsewhere to find another supplier. So real important. Within a day, check that the quote has been received or alert the prospect that it’s been sent so they should go looking for it.

Next one is to follow up. And what I mean is, give ample time for them to have a good look at the quote and understand what it’s in it. But you need to follow up because, again, you don’t know that they actually have understood the quote.

You might have a quote that’s got a whole lot of parts to it or assumptions in there, and you’re a technical guy and you know all about your product, but sometimes the prospect doesn’t actually know that much. And so you need to feel them through it and make sure that, tell them you’ve covered everything that they expect. Because they might be out comparing too, and so, and this feeds onto the very next one as well, let’s deal with objections. And of course you can’t deal with objections unless you follow it up.

But this point here, they’re comparing. They’re comparing their expectations with your quote or other quotes, and so dealing with these objections will uncover things like, is there a difference in scope between what they’re comparing, or can you change the price of the job? Because you can look at the scope and go, “Well, why don’t we change this product and put these different things in, or these different drawers or different bench top or…” and bring the price so it’s in their budget. And undoubtedly, this is one of the most powerful things you can do to win more jobs. 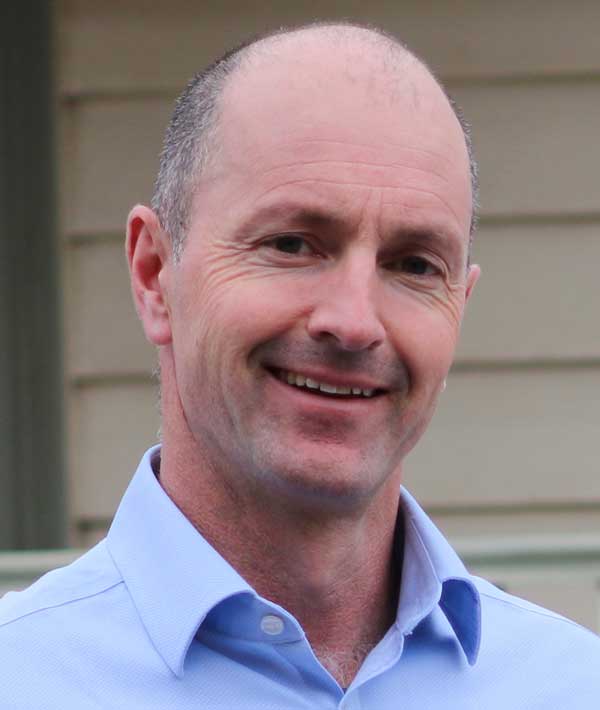 What Do You Need To Improve In Your Business?

Hugh Bowman is a specialist in business coaching for trade businesses and is a former engineer and technical expert. He has lived and worked in many parts of regional Victoria coaching tradie business owners.